While the Internet is an excellent place to connect with people, games are the best way to survive that connect. Nowadays the multiplayer video games played over the Internet are gaining popularity. They not only allow interactions with different players and promote partnership and social communication but are a way to vent your day’s frustrations. If you view yourself as a gamer and do not want to invest in an Xbox or PlayStation, then you must try these entertaining best multiplayer browser games.

Realm of the Mad God

The first browser game on our list of the best multiplayer browser games gives you the feeling of medieval time. The Realm of the Mad God is a massively multiplayer video game aka online shooter game. The 8-bit pixelated art style game involves cooperative bullet hell shooter with multiplayer mode. The character in the game get transported to the realm of Oryx, and the player controls them and dispatches them from becoming the minions and abominations food. While the death of the character is permanent, you can enjoy the potions, rings, armors, weapons and on-the-fly quests with hundreds of people playing in their zone of wood at one time with this browser games multiplayer.

Check This: How to Open Recently Closed Tabs In Any Browser 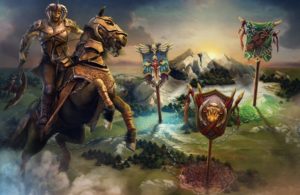 With some explosive features like technological research and economic and resource management. This game is one of the best multiplayer browser games if you are looking for love thriller action games involving all the weapons. You begin the game with a small village under your control. You improve its conditions and train your warriors so that they become hardy and capable of defending the community from the rivals just like a true Viking. If you think of Vikings: War of Clans is all about plundering and robbing then I must tell you that this electrifying browser game also allows you to learn new techniques and manage the ability and capability of the warriors. So join in to play this multiplayer browser games now. 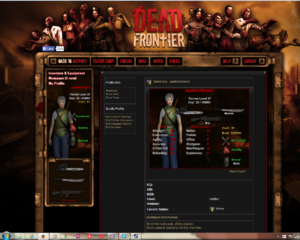 Does a backdrop of zombie excite you? Then you must try Dead Frontier, a massively multiplayer browser game set in a post-apocalyptic place. It was launched in the year 2008 and has more than ten million registered account. A stunning 3D graphics environment, with the option of creating a new avatar for yourself, you also get to interact with the various in-game items.

You can trade them along with communication with other avatars. Survive the streets infested with zombies and enter the outposts for safe living and doing business. So add in some new players and deal with these zombie hordes as Dead Frontier is one of the best multiplayer browsing games. 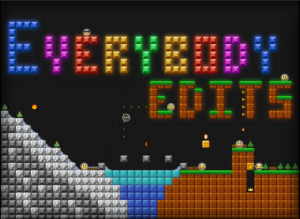 Everybody Edits can become as malicious game as you can think. This multiplayer platform allows all the players not only to affect in any direct way with the game of other players but as the game progresses at different levels then you get the power to frustrate the other players. Yes, you heard that right. It is the most interesting part of this multiplayer browser game, but mind you try to be ahead in the levels of the game because only then you will be able to enjoy this power.

A few key platforms got introduced into the game by the team lately. The green and the red keys toggle the bricks of the respective colors. And so whenever the player at a level higher than you hit the red key then your existence is toggled, and you get back to square one. At one level when you get to toggle somebody else it is brilliant while when you get toggled, you will find it as one of the most terrible multiplayer browser games.

Check this: Astroneer Multiplayer – What You Need to Know 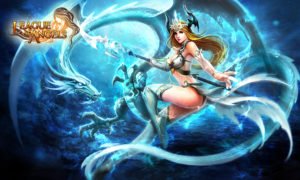 The League of Angels is a turn based game where you have to save the hierarchy of the beautiful Angels. As a player, you take up the role of different heroes and fight the monsters. In the way, you pick up gold and diamonds to increase the overall strength of parties and using it in a holy quest fighting the evil. You can participate in the cross server battles that happen daily and get rewarded for the actions and resources that you collect. Be a part of this ultimate league and unlock different heroes and angles. Use the unique skills and attributes of the greatest army of heroes and angels and fight every evil of the King Demon. 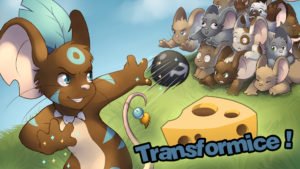 Another browser game multiplayer that you will find interesting is Transformice. The French game designer created it and released in 2015 as the free to play the online game. According to the game, you get a map with different locations with hidden cheese. Then you need to find these places, at least one of the locations given on the map. And to get hold of the unobtainable cheese, you need to team up with your mice friends and the mouse shaman. Finally, all of them will plummet to death as you obtain the cheese. A little tip from our side, keep the mouse in line and do not try to take the cheese without the shaman’s help. 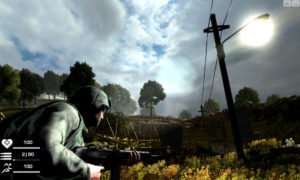 The other video game on our list of best multiplayer browser games is BeGone. With a realistic and modern theme, the BeGone is a first person shooter game. You have a ticking clock, and each team has a target to eliminate the opponents within the time. Out of all the multiplayer browser games, BeGone is worth playing as you enjoy graphical fidelity, shaders that create an intense gameplay experience on the screen. You can observe a lot of foliage and impressive motion blur of grenades and flying shockwaves off them. The character models don’t look bad and are dynamic making the entire browser multiplayer games impressive. You can begin playing this action packed multiplayer browser game without any sign-up or downloading anything. 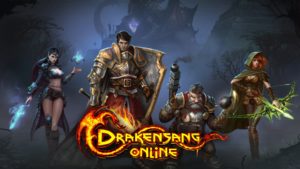 Drakesang Online is another browser video game with excellent features including the 3D graphics and epic story with exciting quests. You join a comrade to fight the brutal war that is going on. For the war you can customize your character with magic powers and skills. Apart from the challenging quests and the armory of weapons that this multiplayer browser game offers, it is also visually stunning. The Drakesang online video games feature medieval towns, green forests, dark caves and murky swamps taking you into the virtual reality. Invite other players to join you in the war against the Anderworld monsters either as the Magical Spellweaver or the freedom fighters of the Dragonknight. There is a lot more into action, so try Drakesang online, and you will forget all other multiplayer browsing games. 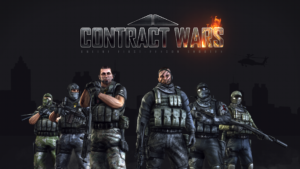 Another free to play, based on browser multiplayer game is Contract Wars. This game got launched in 2010, a  first-person shooter video games with some striking features. You can call it as the hardcore gameplay where even one bullet is enough to put you down. Sounds exciting! You also get to use a large set of modern firearms, some top-notch weapons, and tactical modifications. It gives you an incredible and realistic gaming experience. So now create your soldier from 6 different skill trees available and complete missions. Also, you can join various battles and form your clan. 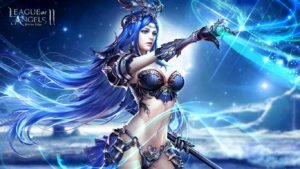 With the second sequel of League of Angels, you can embark your quest to the save the Sapphire planet. This game is the sequel of one of the most popular and best multiplayer browser games. Here you will recruit different angels and heroes to fight against the demons in the fantasy world. The gameplay is simple, but the interface demands a lot of strategy and action. There is a diverse roster of characters to choose from and a strong storyline. You get a huge map to explore and different battles that keep you occupied and interested for a long time. So explore every option and enjoy. I bet this will become the best multiplayer browser game that you ever played.

You are safe behind the multiplayer browser games as it works in a controlled environment. So submerge yourself into the world of virtual reality with these top 10 best multiplayer browser games. All of them are extremely popular and people play it worldwide. So gear up for a whole new gaming experience of teaming up with some more hardcore gamers.