Home » VPN For iPhone – Will It Use Up My Mobile Data?

Looking for a VPN for iPhone and worried it’ll eat up your data? Understandable, monthly charges can quickly add up if you’re not careful. How much data your VPN uses up depends on a few factors, such as the encryption protocol used, as well as the strength of the encryption. In other words, the stronger the VPN security, the more data you end up using. More details below.

Meanwhile, click here now for some top-notch iPhone VPN providers that support multiple protocols (you’ll see why that’s important soon). Read on to find out how to reduce your VPN data usage, and a neat way VPNs can smoothen your online experience.

Why Do VPNs Use Up Mobile Data?

When VPNs encrypt (i.e. garble) your traffic, a small bit of info called encryption overhead is included with the transmission. Think of it as a signal that devices use to say “hey, this data I’m sending you is encrypted.” Even websites that use secure HTTPS connections – which is pretty much the standard nowadays – have such an overhead.

How Much Data Does a VPN for iPhone Use?

How much does overhead take up when it comes to VPN connections? Well, depending on the protocol, the overhead may comprise 5% to 15% of the total data transmitted. Overall, it’s not that much – but it can add up over time, especially if you’re on a limited plan.

Of course, the iOS Wi-Fi Assist feature and other iPhone settings are way more likely culprits for over-usage. Still, there are ways of optimizing data usage without sacrificing the security offered by your VPN. As mentioned above, the type and strength of encryption are the main factors affecting VPN data usage.

Which VPN Protocol Is Lighter on Data Use? 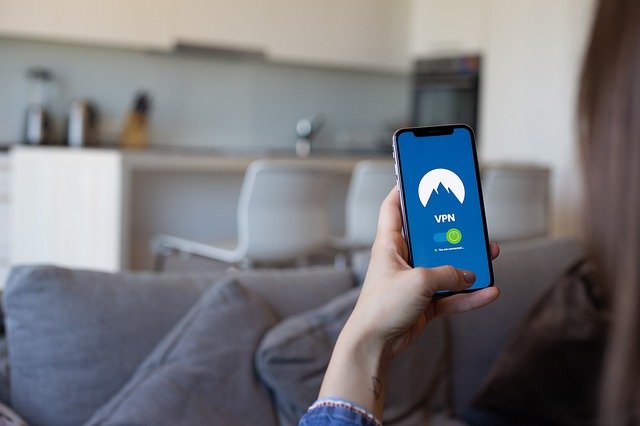 Yes, the encryption protocol you use can also play a role:

Next up: encryption strength. 128-bit connections are weaker than their 256-bit counterparts, but use less data. Of course, that doesn’t mean they’re any less secure. To put it in perspective, the NSA considers AES 256-bit encryption adequate for securing “TOP SECRET” level information. Meanwhile, while AES 128-bit (and above) are used for “SECRET” level classified info.

Unless you’re working with super-sensitive documents, 128-bit encryption is more than enough for the average VPN user. More importantly, it can reduce the encryption overhead, and thus shave a few valuable MBs off your total data usage.

Can a VPN for iPhone Bypass Mobile Data Caps?

Unfortunately, no. If that were the case, everyone would be using VPNs for the free Internet. What they can help you get around is bandwidth throttling from your ISP. Usually, Internet providers throttle your connection (make it slower) when the network is overloaded. Supposedly, this helps reduce the strain placed on the provider’s networks.

Of course, that isn’t always the case. Your mobile carrier can throttle your connection just for using a lot of data on specific services. According to a group of researchers, the biggest four US carriers throttle mobile video even if there’s no network congestion. There also seems to be a bias against which services a carrier will target more often. For example, AT&T throttles YouTube and Netflix in over 70% of cases, but leaves Amazon Prime Video streaming speeds intact.

By using a VPN for iPhone, your carrier has no way of knowing which services you use. All your network data is encrypted, meaning they can only see your total data usage, and the fact that you’re using a VPN. That’s about it. It’s highly unlikely that providers will start “guess-throttling” services. Nor would they single you out for throttling if you haven’t reached the monthly data cap.

Still, a VPN won’t help you get around throttling if it occurs on the entire network due to congestion or other factors. Nevertheless, it’s better than having slower video speeds all the time because your Internet provider wants you to upgrade your plan.