Are you looking for anonymous apps like Whisper? In this article, I will be sharing 10 Free Apps like Whisper that you can use. These whisper alternatives can be used by both Adults and children.

Whisper is a free app available for both Android and iOS users. It is kind of an anonymous social media app which allows its users to post and share pictures and video messages that too being anonymous. The postings which are called “whispers”, includes text superimposed on an image and the background is uploaded by the user. 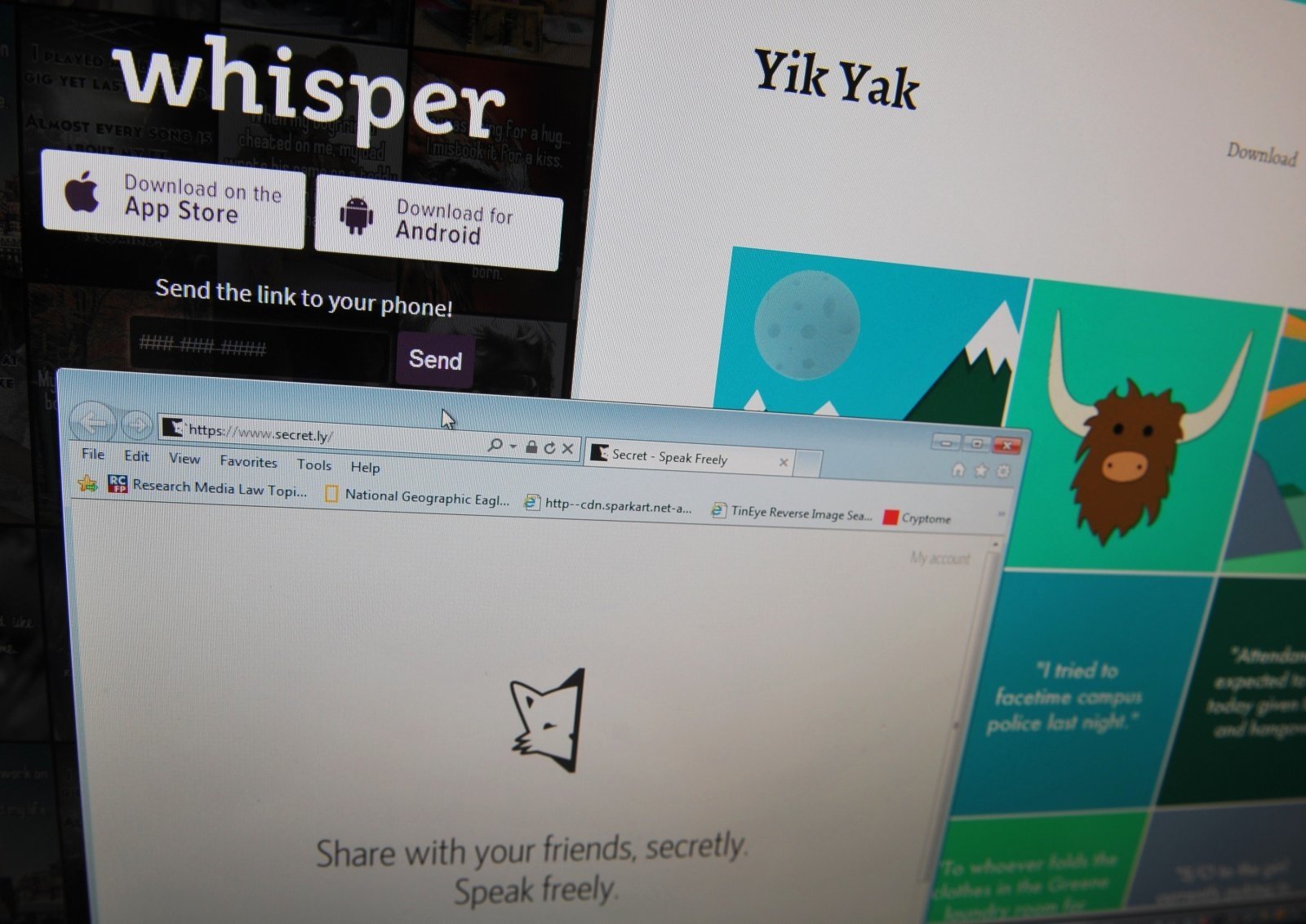 In the world of this kind of anonymous apps, things never stay nice for long. But the recent app Sarahah is hoping to change that.

Since It is a difficult task to manage the invisibility of the posters there are alternatives that can be used in the place of the app Whisper!

We all know why Sarahah is the no.1 anonymous app. This app has reached heights on platforms such as Facebook and Instagram. Sarahah has originally launched Saudi Arabia in the November of 2016. This app invites and enables its users to leave a constructive message being anonymous on other user’s profile. 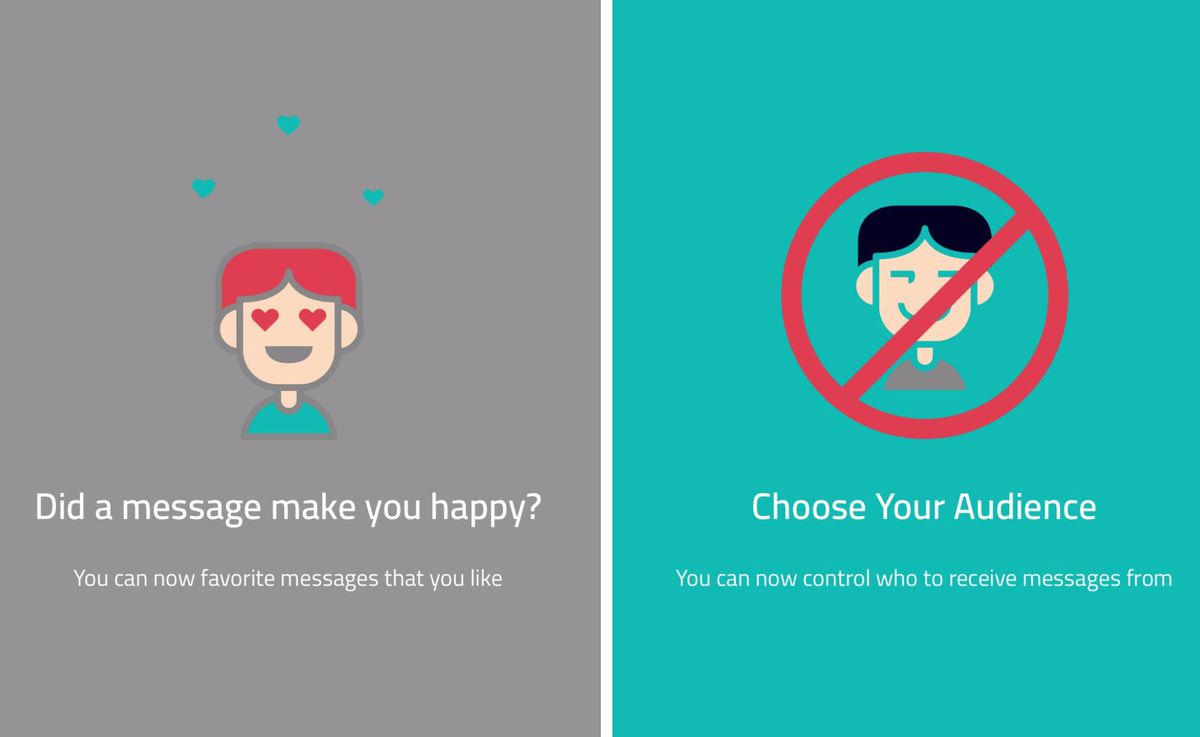 But unlike other anonymous apps, the messaging too in the pp includes reminder which says: “leave a constructive message :)” — which the developers hope to encourage positivity among colleagues. The name ‘Sarahah’ itself means ‘honesty’ in Arabic. So, whenever you feel like you need to tell someone a good thing and want to be anonymous at the same time, try reaching them out through Sarahah.

After School is probably the least known anonymous app because of its restriction user base: “high school students only” which is pretty clear from its name itself.

The app was developed in the year 2014, was originally made for “12+” in the app store of Apple. But after two students posted threats including guns, Apple requested After School to update its rating to “17+”. 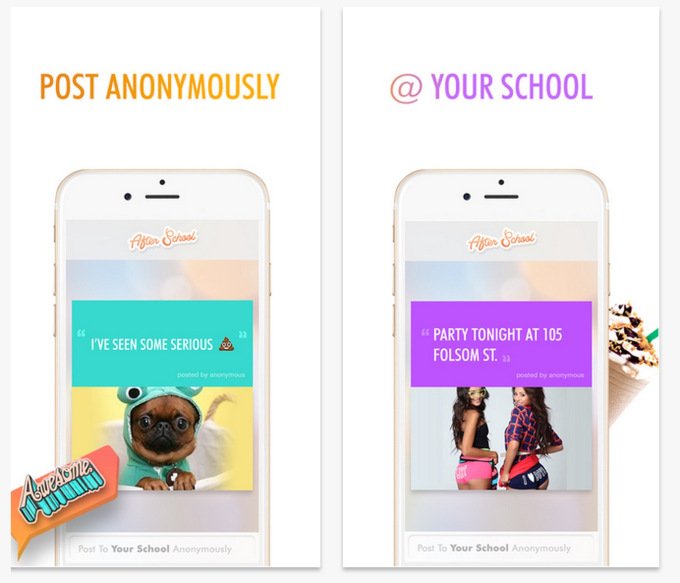 When it comes to digital identity and anonymity, vise president of the app Jeff Collins says: “nothing is black and white”. “We have a very specific audience”, he says. “We are not about adults, we’re not about college students. We look at this as though we have a responsibility to monitor the feed, take things down and essentially curate. We want to keep things positive.”

According to the app After School, it is in use in more than 85% of U.S. high schools.

Ask.fm is a similar app launched in June 2010 which asks its users to post questions and so leave comments being anonymous. But due to a series of teen suicides has brought attention to the lack of protection against harassment of Ask.fm in both the U.S. and the UK. 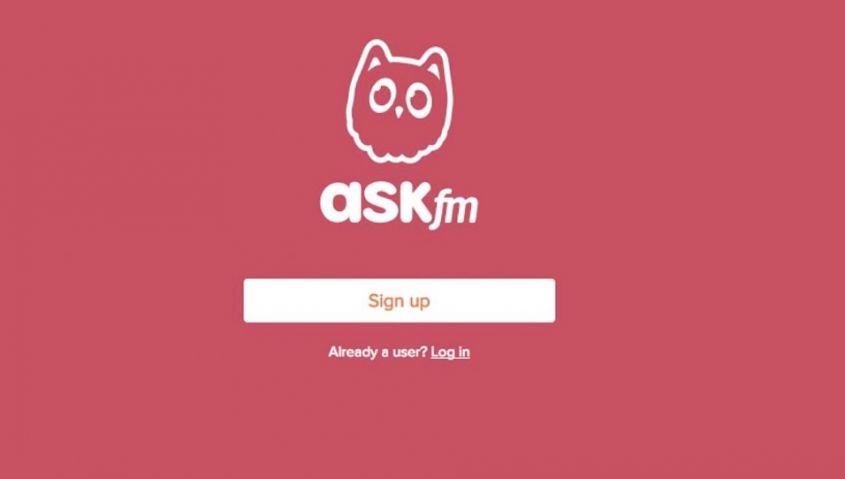 The site got banned but it regained its fame by announcing a “rebranding” in 2016 which placed this app as a platform for question and answer. The site hosts the activity with more than 150 million active users today.

Yik Yak is another well known anonymous social network. It is positioned in this article of top 10 apps like Whisper because of its fame and amazing features.

Yik Yak allows you take a glance over posts that people have made, within a ten-mile radius. 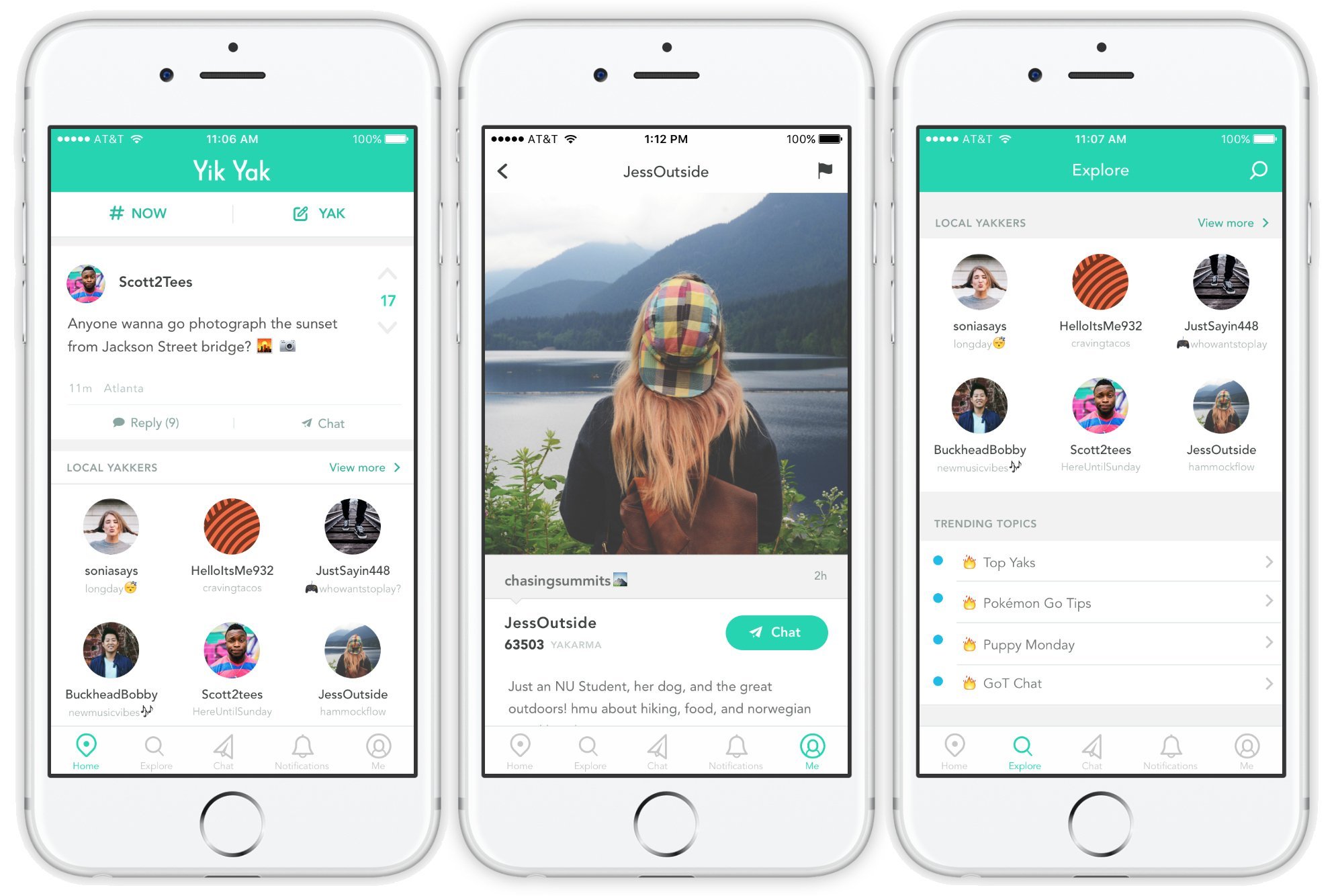 Also, this app enables you to connect with other people’s content, simply by ‘upvoting’ and commenting their posts – which helps them to reach a much wider audience.

One of its features -“Peek” can be used to view popular posts in major cities. Yik Yak is literally a very busy network and is an ideal introduction to this kind of apps.

Cloaq is really a paranoid’s choice of anonymous social media. It is a great app because it doesn’t require you to enter any kind of personal information while the sign-up process, instead it provides you a nondescript username (which is quite common for many anonymous social networks). 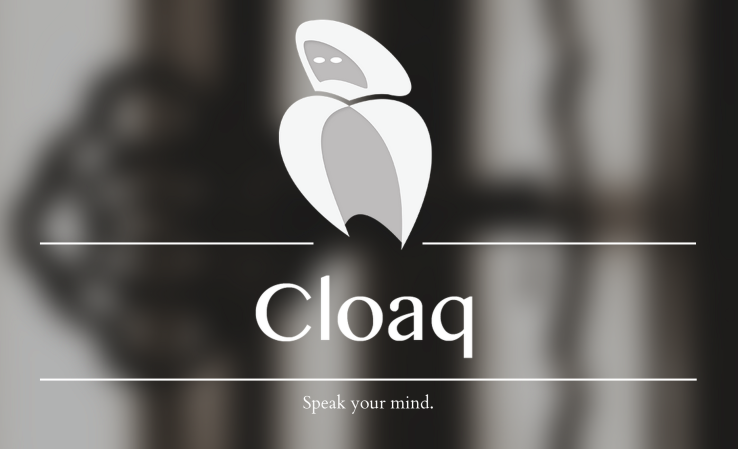 The whole conclusion of this is even if the event of hack happens, your identity could never be connected to the confessions you did. If anyone tries hard enough, there might be some way to figure out who said what. Still, you can’t get better than Cloaq for everyday anonymity.

Steams is another anonymous network but with a different way to work. It is pretty clear from its name that the app is intended to be an outlet for the people who want to let off their steam. The app allows its users to rant and rave to their heart’s content. 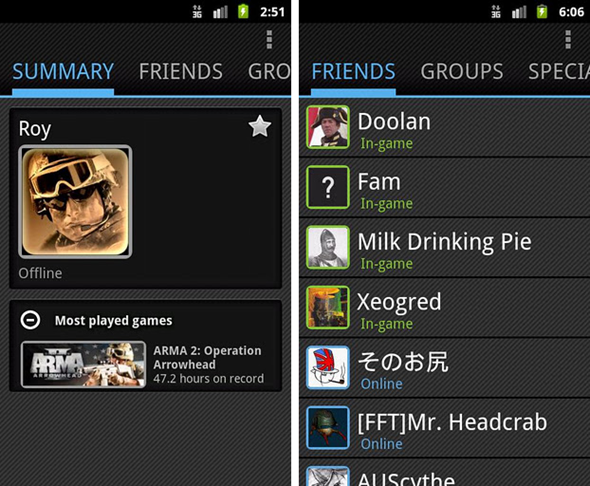 The reason this app is in the list because the app enables its users to rant in a very stylish and attractive way, easy to understand interface, and also the ability to form some nice looking content using texts, photos, and videos.

Well, I guess this app is a must download for most of us because everyone deserves to let out the anger they have to themselves.

Wut is an anonymous network that describes itself as “anonymish”. I’ll tell you the reason behind the word. Wut specializes in messaging being anonymous as with any post you create is being sent to all your friends on Facebook.

What makes it anonymous and obviously interesting is that the posts only appear on the lock screen and the time you unlock your phone, the post disappear. Isn’t it fun? This type of anonymous messaging could be a lot of fun with a large group of friends.

Popcorn messaging will be a great throwback to more innocent times if you grew up in the times of chatting with random people on instant messaging services or chat rooms. This app features you to talk to anyone one on one within a mile. 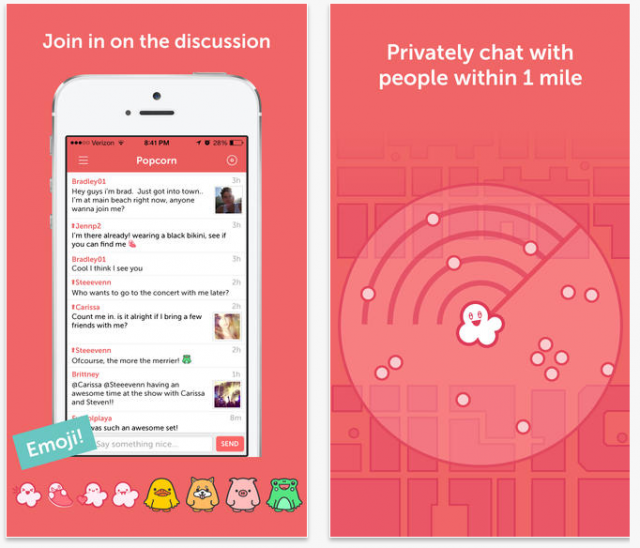 This app may not be as anonymous as other apps nowadays but it is a genuinely useful path to connect with people in situations where you don’t have connections with anybody else, such as events, concerts, parties or when moving to a new place.

Now, Matter is a different league anonymous app which is a mature take on. It offers like-minded adults to connect over information and subjects like parenthood, LGBT issues, and relationships.

This app provides its user’s writing prompts I order to help them loosen up and connect the civilized discourse.

Matter serves as a platform which is for educated people to anonymously converse and thus it is not likely to be the app which welcomes trolls. 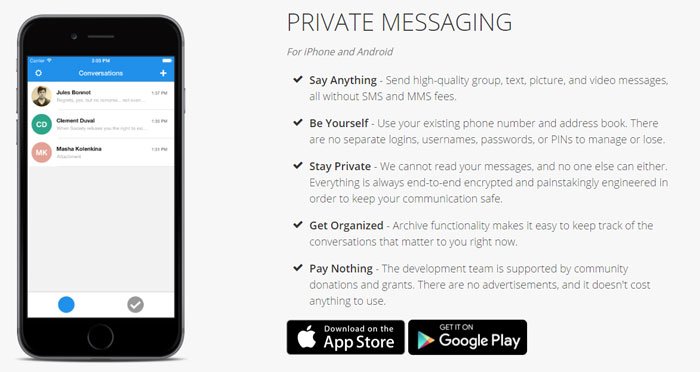 Backchat is another network which is created by a fourteen-year-old as an attempt to “gamify” the subgenre of social media.

Backchat allows its users to talk to their Google+ and Facebook friends being anonymous, whilst providing them “Clues”- which can be details about the user’s interests activities – of the other person’s identity which can perhaps be controversial, be purchased at the rate of $0.99. 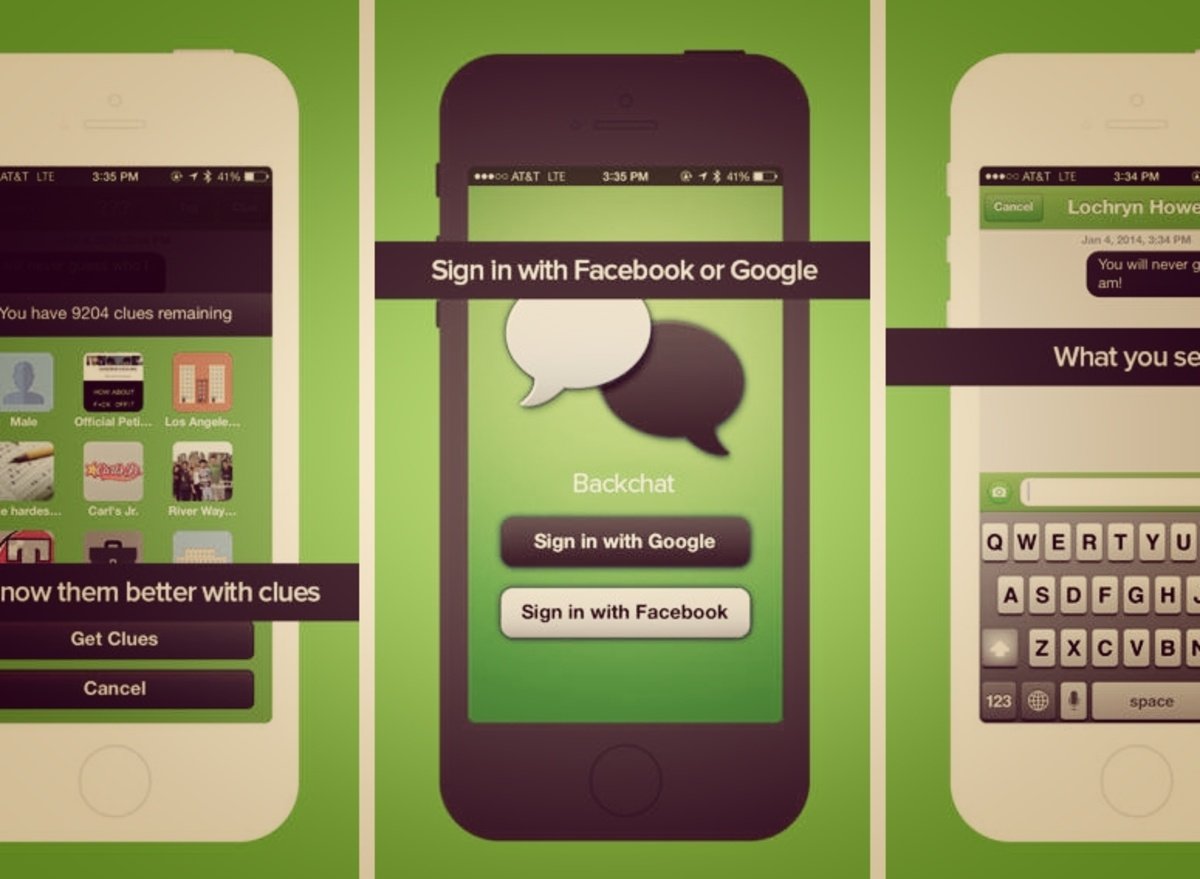 That’s it guys. Here’s the list once again. We have covered apps that are available on both Android and iOS. I hope you find a better Whisper app alternative for your use.

You might have noticed that there are many apps out there which can replace whisper effectively since each of them offers its own take on how to anonymously connect with strangers or those being around you.

This list of top 10 apps like Whisper includes apps that can be used from kids to college students and adults, regardless of your interests or age. There is a lot of fun out in these apps, pick your kind of fun.

Yes! There are several Whisper alternatives you can use.

Are These Whisper Alternatives Free?

No. Not all of them are free. Some require a subscription, as well as some allowing in-app purchases.

Is My Identity Safe With These Whisper Alternatives?

Always use precaution when giving applications your personal information. However, most Whisper alternatives are considered safe.

Do all Whisper Alternatives Allow Anonymous Use?

Not all of the Whisper alternatives are completely anonymous. However, some do allow for total anonymity.