The Cartoon yourself app turns your photo into a cartoon face. Some of these apps also turn your photo into a sketch. These apps can help create a sketch of your picture using your Android device or iOS device. The sketch and the cartoon which is created can be saved to the photo gallery on your device. You can also share the cartoon face of yourself with your family and friends.

This cartoon yourself apps also come very much handy when you don’t want to share your real life picture with anyone on social media including Facebook, Twitter, Instagram or any other social networks. To make it simpler for you, we have collected some of the best Cartoon yourself apps just for you. These apps help you customize your photos according to yourself. 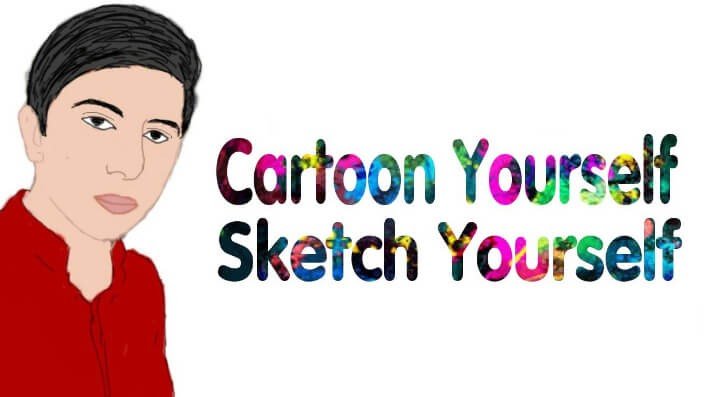 Top 20 Best Cartoon Yourself Apps for Android and iOS

So find here, 20 best apps which can help you to cartoon yourself for free. 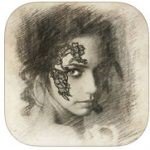 Cartoon sketch is free for both Android and iOS users. This app is one of the best and popular cartoon yourself apps. It consists of more than 100 amazing filters for you to use. These filters can be used accordingly as per your wish to make a cartoon of your picture. It also consists of a filter which allows you to sketch, add pencil, cartoon and much more with this single Cartoon yourself app.

You can create a realistic and near perfection piece of art of your picture by using this Cartoon yourself app. This app allows you to create a high-resolution image of yourself. You can share the picture created by this amazing Cartoon yourself app with your family and friends via social media such as Facebook, Twitter, Snapchat, Instagram and much more. 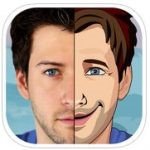 Cartoon Face is also just like any other Cartoon yourself app. It is an amazing Cartoon yourself app for both Android and iOS users. This app allows you to create a cartoon of any of your photo. It also consists of some amazing collection of effects and emotions that you can use. It also consists of an option which allows you to create a cartoon video of your pictures.

You can share the cartoon videos and the cartoon photos created using this Cartoon yourself app with your family and friends via social media such as Facebook, Twitter, Instagram and much more. The emotion effects this app consist can vary from a smile to a sad face. You can use any of the expression to create a cartoon face of yours or any of your friends. 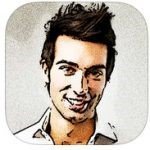 Both Android and iOS users can use another popular and amazing cartoon maker app, Cartoon yourself app to create cartoon images of yourself. With the help of this app, your photo can easily be converted into a cartoon sketch, cartoon drawing and even a black and white cartoon.

This Cartoon yourself app is a user-friendly app. To use this app it is necessary to have internet connection on your device. 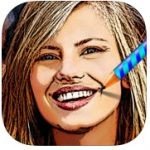 One of the most popular and free Cartoon yourself app free for only iOS users is this My cartoon app. You can turn your photo or your friend’s photo into a cartoon image easily. Out of various options, it also consists of some of the amazing options to convert your photo or your friend photo into a beautiful realistic cartoon. It also consists of an incredibly amazing and funny option of adding captions to your photo.

You can add the image you want to convert into a cartoon face directly from the photo gallery or from the camera. It also has an option of timer that you can use. Timer varies from 3 seconds to 5 seconds. There is also an option of non-timer. You can choose any of them as per your need. 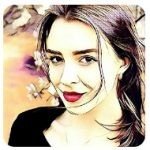 Photo cartoon camera is another most popular Cartoon yourself app free for Android users. The app allows you to easily edit your photo or your friend photo using incredibly amazing filters or effects to turn it into a cartoon photo of it. It also consists of some features that you can use on your photos such as color, sketch, movie, and others.

Out of all the features this app comes packed with, there are some other features too such as modern art filter, animated film filter, Christmas art filter, and much more. You can use them easily as per your requirement and interest. You can directly upload the photo you want to use from the photo gallery or click a new one using the camera. 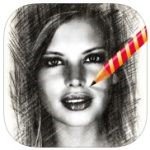 My Sketch is free to only to the iOS users. It is again one of the most amazing and popular Cartoon yourself app. This app allows its users to easily create an unlimited sketch of your photo or any of your friend photo by simply using this app. This app turns the photo into a realistic and a beautiful sketch. It comprises more than 20 filters for sketching that you can use easily to create a sketch.

These filters are amazing and are of different types. You can also adjust the brightness and contrast as per your need to archive the best sketch.
The sketch created using this app can be shared and saved easily. 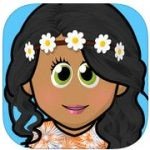 If you are looking for the best avatar creator app, then this Cartoon yourself app named as WeeMee is just for you. This app is free and available for both the Android and iOS users. You can create your own avatar easily using this app on your device either a phone or a tablet. The app comes packed with an amazing collection of free tools which can help you create an amazing avatar of your photo.

The app comes with all the latest fashion of clothing, hairstyles and much more to give a better look to your avatar. The app allows you to customize the avatar according to you and also let you share the avatar easily with your family and friends. You can even save the avatar on your device. 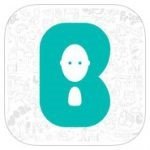 Just as some other Cartoon yourself app, Bobble is just one of them with a good collection of amazing stickers which are free. You can create the cartoon image of yourself or any of your friend by making use of these stickers. The app consists of more than 100 cartoon models and stickers both for men and women.

Making an amazing cartoon image of yourself easily is a great task that can be completed easily by using this app. The user interface of this app is good and is easy to use for both the Android and iOS users. You can also easily save the image you created using this app on your device and also share it with your friends and family using social media such as Facebook, Instagram, Twitter, and much more. 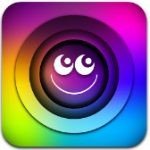 BeFunky is just another great app which can help you to convert a photo into a cartoon image. The app comes packed with some amazing unlimited effects in its collection that you can use easily and create some funny cartoon photos of yourself or of your friends. This app is user-friendly, free and available for both the Android and iOS users. You can customize the photo cartoon app as per your need.

Apart from all the other effects, it consists of few features which users can use easily such as crop, straighten, rotate, and many other features that you can apply on the photo. It comes packed with more than 30 effects that you can use. It allows you to share the photo with your family and friends via different social media platforms. 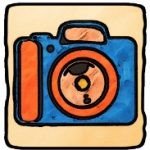 Cartoon Camera is yet another popular and an amazing cartoon yourself app available for free for both Android and iOS users. The app allows its users to create a cartoon image of themselves using their smartphones. The app comes packed with some inbuilt cartoon effects that can be applied to photos. You can use any photo of your choice by uploading it from your photo gallery or click a new one using the camera.

The app allows creating either a cartoon or a sketch of your photo. You can easily edit the image, save it for future use and share it with your family and friends via social networks.

Let us know which one is your favorite cartoon yourself app and we would love to add that into the list. Enjoy cartooning! 🙂